N and I have been back from our pre-deployment leave to Washington State for a few days. While we both agree that it was the BEST vacation EVER, it’s a surreal feeling living in our world right now. On the one hand, we are doing the normal things that we enjoy doing together – making dinners at night, Pizza Port date(s), watching Modern Family, morning coffee in bed – he flips the switch on the machine and 11 minutes later I hear the beeeeep! Additionally, he’s back at work and getting his gear together (normal, even without a deployment) and I return to work next week for the summer session (hooray!). On the flip side, there’s that deployment cloud hovering and the time has dwindled from months to weeks and pretty soon days. I will miss our routine and our life together.

I will miss him.

But this is how it is, the life that we lead. And it’s interesting to think that, on the eve of our 5th deployment – life seems normal. I can’t quite wrap my head around that one..maybe I just don’t want to read into it too much. It just is what it is. And it’s also why our 12-day trip to the Pacific NW, namely Bainbridge Island and The Olympic National Park, was so special.

Heading up to Seattle, we took the challenge of taking as many different means of transportation as possible. Quirky – sure. But also fun. After a taxi, Coaster ride, bus trip, flight, shuttle, and rental car, we hit the Bainbridge Island Ferry. It’s ALWAYS a good thing to make the ferry, and as we were the second to last car to board from Seattle, well, we took it as a good omen. We’ve had back luck in the past with missing this ferry just by a hair (so annoying) – but for this, the stars were (finally) aligned.

We didn’t really go up on the passenger deck; instead preferring to watch Seattle slip into the distance and exploring the car bay. Soon we saw the Bremerton Ferry heading the other direction, and Bainbridge Island came into sight. And then, we were driving off – I was more than a little excited.

Looking towards Toe Jam Hill just off Blakely Harbor, BI. Driving off the ferry to one of my most favorite places ever!

Ever the wonderful friends, Chris and Stan (and Charlie!) hosted us during our time on the Island. Ladybug Cottage was wonderful as ever, and Stan opened up his home on Port Madison as well. Friday found us making the trek back to Seattle in the Commodore’s motorboat, as it needed repairs in the dry dock. Crossing the Puget Sound was a bit windy and choppy, and I entertained myself by thinking warm thoughts and wearing every layer that I had brought with me. But it was also gorgeous and fun spending time with N and Stan on the boat. We took the ferry back to Bainbridge, and again just made it. 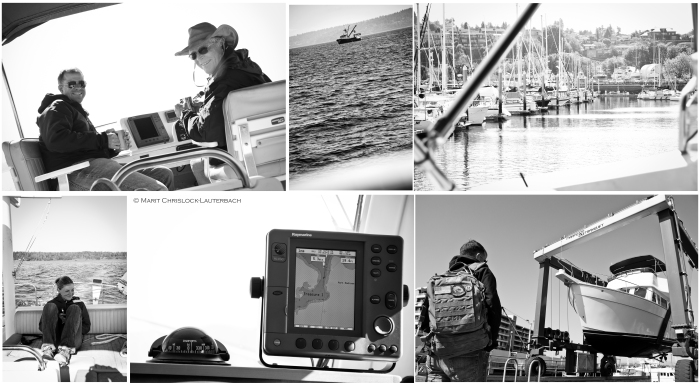 Fun crossing the Puget Sound to the Ballard, WA

Other island, stuff included lots of running (me), reading (N), some great walks and photography, vodka tonics with Chris & Stan (I swear I only had two, but apparently I had three. I don’t remember much after that), Oyster Shooters at The Pub with N, and the Kiana Lodge Brew Fest with N, Chris and Stan. We also planned for our trip to The Olympics – filled with car camping, hiking, SOTA work, foil dinners, and (of course) hiking. 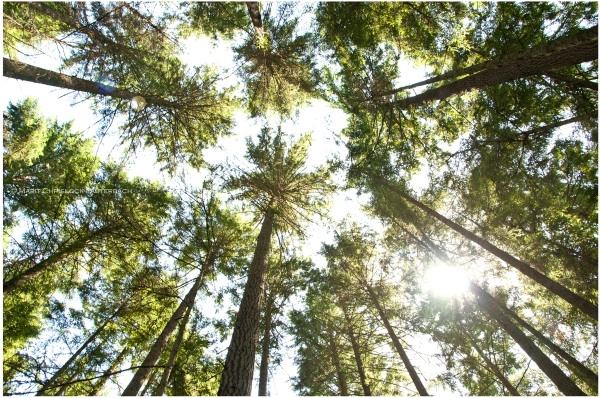 Holy Cow! LARGE trees in the Grand Forest on Bainbridge. 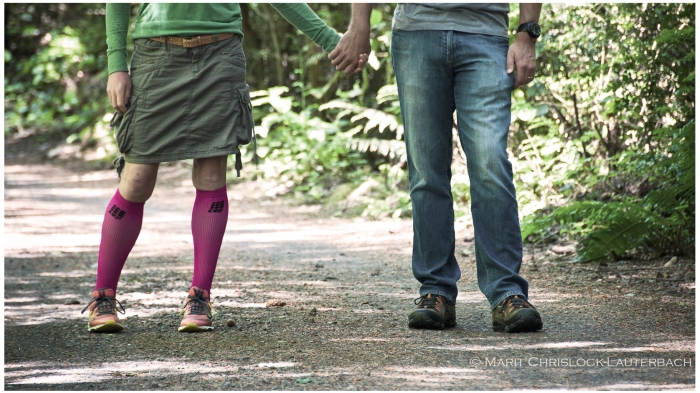 Our hiking attire – a cross between SoCal and the PacNW

I’ve been to a few brew festivals, but they’ve never been in Washington State. The beer up there is slightly different than what we’ve got in SoCal, probably because of the hops that brewers use compared to the brewers down here. There’s a big push to use local hops, including Cascadian…. I could feel super smart and name the other local hops off the top of my head – but, um, I’m not that smart. I just know that I like the beer up there. At the festival itself, I discovered a new favorite! Hales Ales has a strong Golden Belgian, and it was love at first sip. At 10.2% it was a slightly toxic love, but luckily they were only pouring 4 oz tasters. I may have gone back for seconds. And thirds. But at least with this third serving, my memory remained 100% intact. 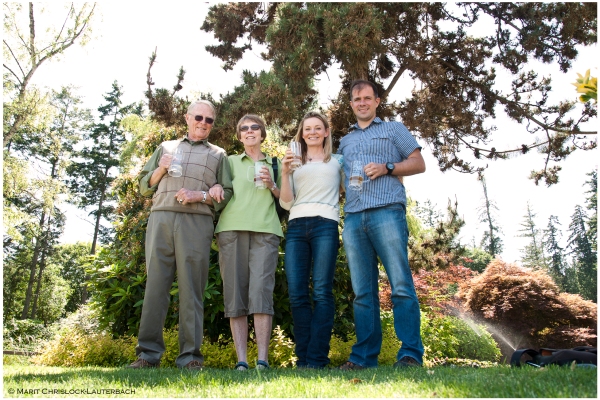 Commodore Stan, Chris, me & N – happy at the brew fest!

On the trail to Sol Duc Falls, Olympic National Park.

But that’s a different post entirely. For now, I’m enjoying going through photos and spending time with N while I’ve still got him. We ended up camping 5 days in the park, before returning to BI – but again, different post all together.

For now, my New Normal involves a very temporary routine with my Favorite Person. I’m not really thinking about the days/weeks ahead yet, just enjoying the moments that we have together. Love it while you live it – thanks for reading.

Oh! And don’t forget to enjoy the icing and avoid close encounters with bears. Because we did both!